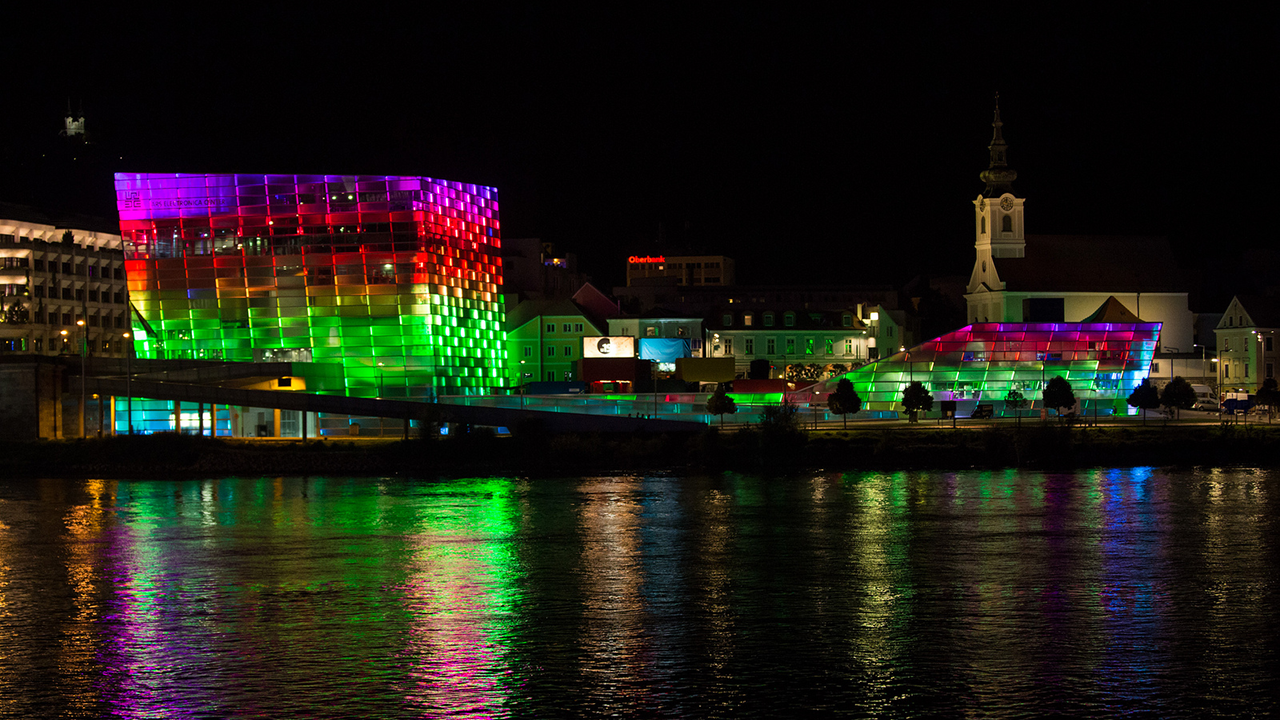 Linz is the third largest city of Austria, and capital of the Upper State of Austria. The city sprawls on both the banks of the River Danube. Linz is also a part of UNESCO Creative Cities (UCCN) network as a City of Media Arts. Linz is also known for the Linz torte, the oldest cake recipe in the world dating back to 1653.

Ars Electronica is an Austrian institute extensively active in the field of new media art, culturally, educationally and scientifically. The Center houses the Museum of the Future and it focuses on the interlinkages between art, technology and society. It also manages a multipurpose R&D facility.

Opened in 2001, this is the most important museum in Linz dedicated to modern art. The building has a transparent glass casing which is lit up magnificently at night and it contains marvelous pieces of art within its 8000 square meters campus.

This is a narrow gauge electric railway that connects the main square of Linz to the district located on top of the hill. The service has been active for a long 110 years and is considered to have the steepest adhesion of all railway systems in the world. This tram also has the steepest grade among all trams of Austria.

Also called the Church of Ignatius it was built between 1669 and 1683 in the baroque style. The interiors have lavish pink marble columns, and elaborate luxurious ancient furniture. The Baroque organ built by Franz Xaver Krismann has not been altered as of yet.

This Cathedral is called the Cathedral of The Immaculate Conception and its construction was started from 1855 by Bishop Franz Josef Rudigier. With a capacity of 20000 seats, this church has acclaimed itself as the largest church in the whole of Austria. The church’s stained windows are noteworthy for the fantastic glass paintings.

This is a palace overlooking the town of Linz. The castle was built into a castle in 1477 and was used as a residence. The coat of arms and various other exhibits are displayed all around the castle and it displays the various uses the house provided to its owners.

This is a monastery rebuilt during the 18th century. These monuments are famous for their Rococo style of architecture and interior design. The frescos on the ceilings of the church are a depiction of the heaven. The choir organ was made in 1746 and has been in use ever since.

This indoor sporting arena is famous for its wonderful ice hockey stadium. This stadium is sponsored by an insurance group as of now, yet has a capacity of 3800 people and it is the home of the EHC Black Wing Linz ice hockey team.